Smooth hound make for excellent sport fishing in the UK and are popular targets for catch and release anglers. These sharks fight hard and strip line like few other fish. The fact that they’re sharks probably adds to their appeal for many anglers, but it takes some skill to catch them.. There are a few key things you can do to increase your chances of catching Smooth Hound, and these will be covered in this article.

Smooth Hound are most common in the Southern half of Britain and Ireland, so may be challenging to catch if you are too far north. When the water is cooler, these fish move into deeper water, making them out of reach of shore anglers.

Boat fishing for Smooth Hound can be very effective, as it allows you to fish the offshore sand banks that these fish love. Even if you don’t have access to a boat, with a 12ft beach caster you can easily reach these fish as they come in quite close in summer. 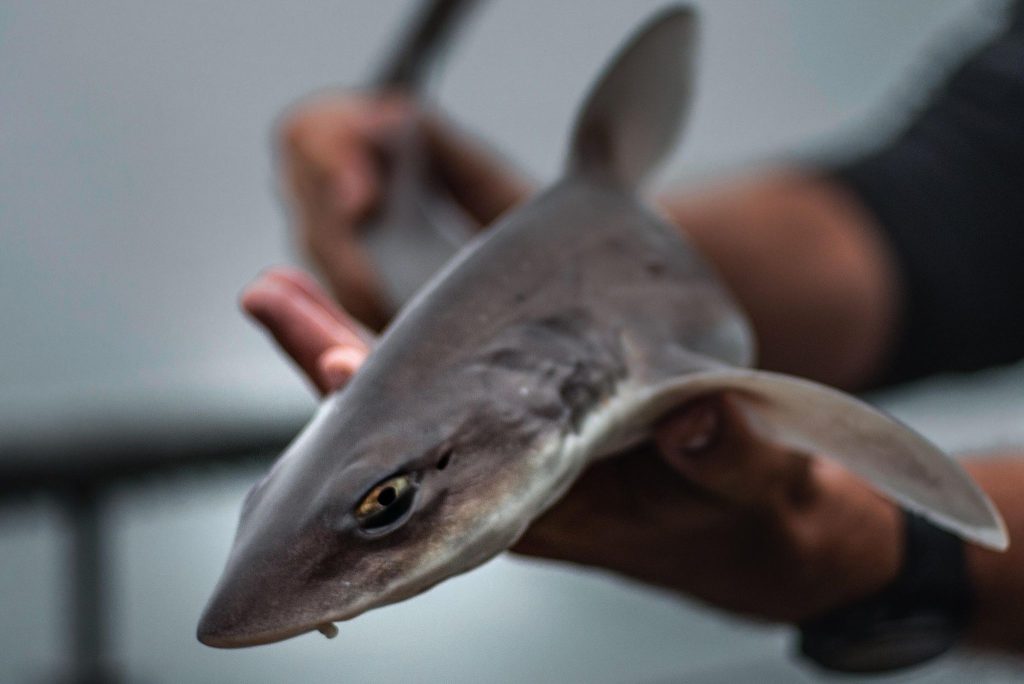 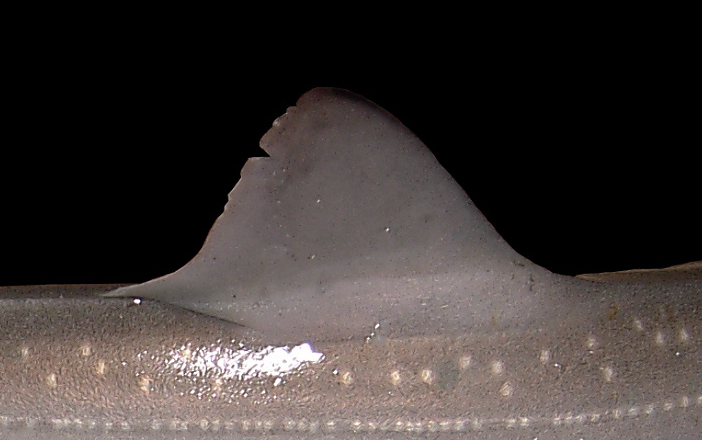 Smooth Hound are caught throughout the summer months and have a preference for warmer waters. The effects of global warming may mean that the Smooth Hound are found further North than in the past, and they seem to be more widespread now than in the past. Mid to late summer is the best season for Smooth Hound but they do make a move for shallower water in Spring time to feed on peeler crab.

These fish will often bite most at dusk, and like all the other cat shark species are not dependent on vision for catching prey. When scientists examined the brains of catsharks, they found that the parts of the brain associated with sense of smell were extremely developed compared to other fish species. Those that have caught a lot of catsharks, be it Dogfish, Bull Huss or Smooth Hound, will know that a realistic bait presentation is not important at all, and having a bait that emits a lot of stink is far more important!

Where to Catch Smooth Hound 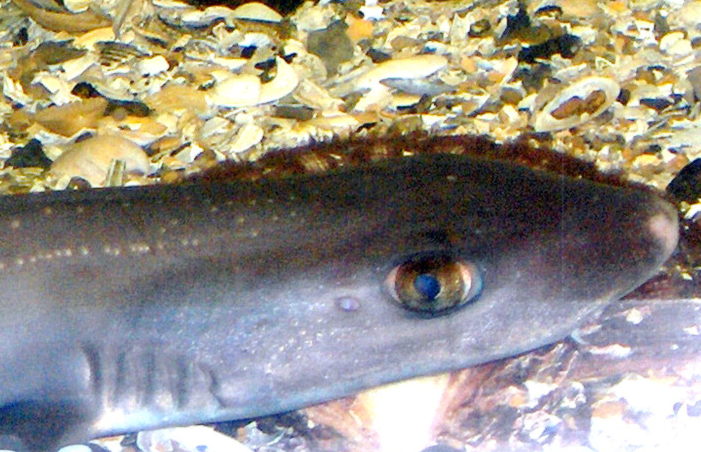 Smooth hound are caught from the eastern Atlantic all the way to South Africa, and you can catch the across the UK, but mostly in the south of Britain where the waters are more exposed to the gulf stream. Smooth hound like a clean, sandy seabed, without a lot of structure. This is very different from the Bull Huss, which prefer rough ground thick with kelp and all the things that cut and snag your line. They are a shallow water species, and do not venture far beyond 100m deep. These fish also have a preference for calmer waters.

Casting a decent distance is helpful, though you don’t need to cast beyond 100m to catch these fish and you may find they come in quite close. 60m is fine. You will catch them in sheltered estuaries and still waters, but when the sea gets choppy these gentle catsharks really can’t be arsed with it and move offshore.

How to Catch Smooth Hound

Crab is the best bait for Smooth Hound since it’s what the fish rely on for a large part of their nutrition. This is especially true in spring time when the Smooth Hound first come in to shallower waters to feed on peeler crabs. Squid and rag worm are also effective for this species, and frankly, how many bottom feeding fish are there that won’t delight in the sight of a juicy slice of squid served with a writhing rag worm? That’s a 5 Star meal for any bottom feeding fish.

Smooth Hound are very hard fighting fish that will tear out line even on heavy gear before they’re landed. It’s a good idea to use a bite alarm or else to loosen your drag, but this is a good idea in general when bottom feeding for larger species anyway.

According to the website britishseafishing.com, Smooth Hound should not be picked up by the tail and should be held level, to prevent the misalignment of internal organs that can lead to death. So long as you do not pick the fish up by the tail and release them quickly, they have a very high survival rate.

While more stereotypically shark-like than some other members of the catshark family, they don’t have the teeth some might expect, instead having crushing plates for breaking down shells. Smooth hound mainly eat crustaceans and other morsels found around the seabed, and don’t eat many fish. This is why mackerel and sandeel may not be the best baits for targeting these fish, despite the popularity of oily fish as a bait for tope. Smooth hound give birth to live young, so do not produce the ‘mermaids purses’ you may find lying on the beach that come from other catshark species such as the dogfish or the bull huss.

They’re known as ‘hounds’ because they hunt in packs. When you catch one Smooth Hound, you are likely to catch another. In some cases, anglers have taken over one hundred fish in a single session, because they have tapped into a pack of these sharks.

It’s been questioned for decades whether the smooth hound with white markings caught in the UK are a separate species or just the result of genetic variation within the same species. It may be that they are actually Starry Smooth Hound. Most anglers will continue to refer to the spotted fish as ‘starry’ and the non-spotted as ‘smooth hound’ either way.

Smooth Hound are most likely to be confused with Tope. The easy way to tell the difference is that Smooth Hound do not have teeth, and Tope do not. The Spurdog, which is very common in Scottish Lochs, is also likely to be confused with a Smooth Hound, but is distinguishable because it has sharp spines. If you caught a grey, smallish shark and are wondering what it was, if you didn’t cut yourself upon picking it up, it probably wasn’t a Spurdog.