Despite being eccentric looking fish, rockling are actually in the most mainstream fish family of all – Gadidae – to which the cod and pollack are also members. They are the rogue younger brother of the cod that gave up their career, grew out a beard, and resigned to a life of loitering over rough ground. They are incredibly slimy and slippery to touch. Rockling have a dorsal fin which is capable of taste, so that as they move through the water they can taste what is coming up ahead. The rays within these fins are constantly vibrating, which moves water over the sensory organ allowing them to detect food or perhaps potential threats well before reaching them. This makes them effective scavengers on the seabed at night time, which is when they are often caught by anglers. All the rockling are more common over relatively deep water, so rock marks with very deep drop offs onto the roughest ground is where you’re most likely to catch them. They’re typically caught as bycatch while targeting other species, like huss. 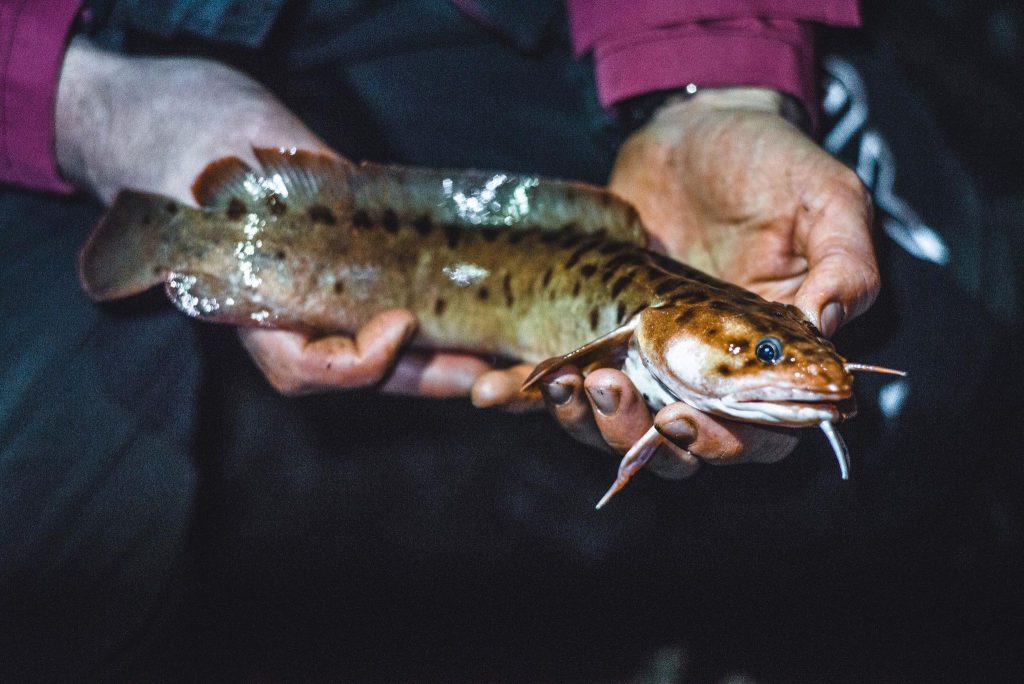 The four bearded rockling is a less common catch because it doesn’t grow nearly as large as the shore rockling, and is found in deeper waters beyond 50m. It’s easy to identify because you simple need to count to four barbules and make sure you don’t miss any.

The five bearded rockling is common inshore, so is a far more likely catch than the four bearded. Again, it’s just a case of counting the number of barbules on the face to see if there are three, four or five! These rockling often show up in the buckets of rock poolers in summer time.

If you ever catch a fish that looks like it doesn’t know if it’s a cod or a rockling, you may have caught the Torsk. These fish grow far larger than rockling, and are easily distinguishable because they only have one barbule on their chin, but a longish body which is between a cod and a rockling in shape.

How to Catch Rockling

The best way to catch rocking is to use a stinky bait like squid or ragworm, over rough ground in deep water at night. The more dangerous the spot is the more likely it is to hold rockling, essentially.

Shore rockling are the most likely to be caught with conventional beach casters and bait fishing rigs, because they grow large enough to easily take baits intended for target-species.

You can catch the smaller species of rockling with light rock fishing tactics, Marukyu Isome or Gulp. The key really is to be fishing after dark or in murky water – these fish are like vampires and do not respond well to light!