Because skates and rays have eyes on the top of their heads that look out across the seabed rather and mouths on their underside, these fish can’t see what they’re eating! Bait presentation may therefore be less important than it is for other species, but bear in mind that like the sharks to which ray and skate are closely related, these fish have an incredible sense of smell.

Skate and Ray feed largely on crustaceans, worms and small bottom feeding fish including flat fish dragonette and sand eels. You may be surprised to hear that skates and rays don’t exclusively hunt on the bottom and hunt oily fish in considerable numbers. It is thought that some species of skate and ray may feed more in the mid-section of the water column and may use the bottom as a place to rest rather than as their primary hunting ground.

The eggs of rays are similar to the mermaids purses that dogfish produce, but are more square in shape, which is fitting! The main difference between ray and skate is that skate tend to have white undersides and and longer snouts. 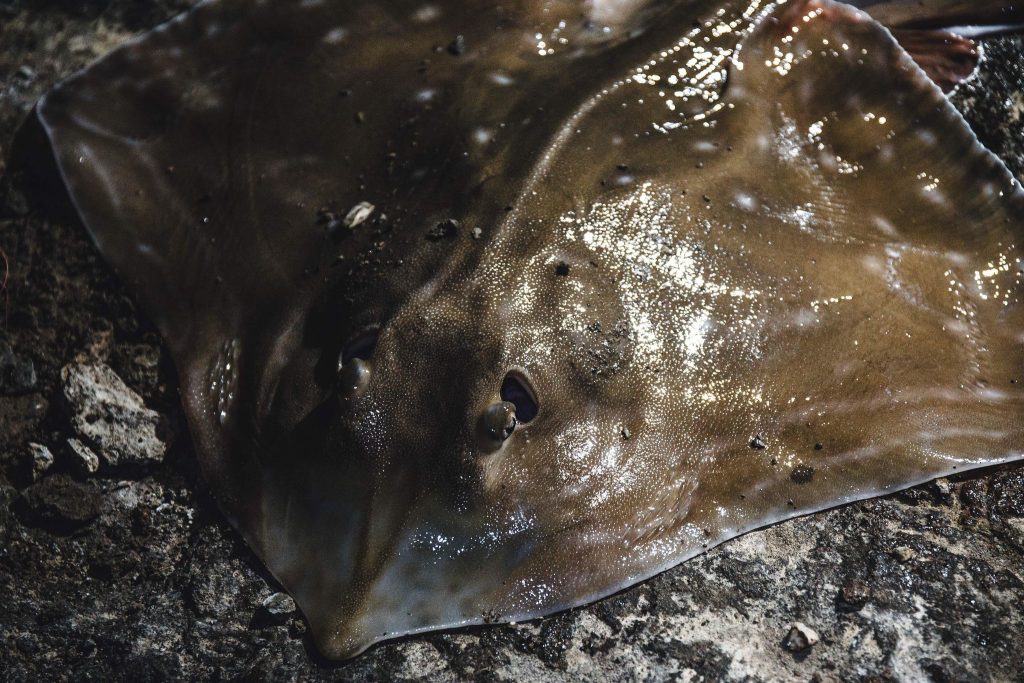 You may have a seen a ray hunt on David Attenborough, you’ll know that they have the ability to use their wings to pin fish down and draw them towards their smallish mouths for processing. It’s a disturbing hunting style, and for anglers it means that you should wait until a while after a getting the first bite for the fish to properly take the hook. It’s quite a sight to behold. Thornback ray are common in the UK and often caught from deep estuaries with beach casters on the bottom. Much like dogfish to which these fish are surprisingly closely related (both have cartilage instead of bone), these fish can hardly see a thing down in the murky depths. Instead, they rely on a mysterious combination of electromagnetism and vibration to location their prey.

Thornback ray are caught from early spring through to early Autumn throughout the UK.

Oily fish are effective baits for ray, as are peeler crab. Ray feed on sandeels when they are in estuaries, and I’m told by a reliable source sandeel are also a good bait for ray.