Garfish are prehistoric-looking fish which move with huge tail movements that are almost eel-like. They are a distant relation of both the flying fish and the marlin. Their blue-green back and and bright green bones have lead to myths about them being radioactive, particularly in Cornwall. These fish are caught in decent numbers in the warmer half of the UK, and are commonly caught amongst mackerel shoals. Garfish hunt in the very top of the water column, so are most commonly hooked immediately after casting out as your lure or bait sinks through those first few feet of water. 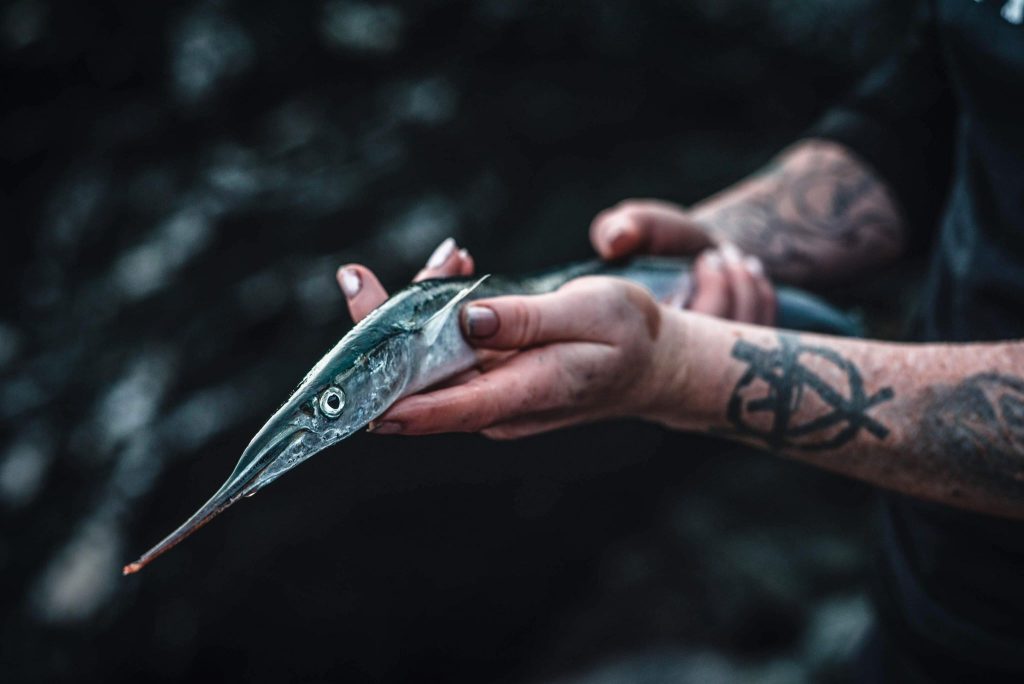 How to Catch Garfish

These fish take a variety of baits, with sandeel being a favourite, but are likely to slip the hook due to their very small, bony mouths. It helps to fish with smaller hooks, such as size 8’s if you want to target garfish actively rather than catch them as bycatch as most do while targeting mackerel. Another method involves using string that has been frayed to create fibres that get caught up gars tiny teeth within their beaks. You can catch fish this way without the use of hooks, and it may be helpful to use string in addition to a hook to minimise your chances of losing the fish.

Gar put up a terrific fight on light weight lure gear, particularly with their huge tail wags, which can be felt all through the rod, and with their acrobatic abilities. Typically, you will see the garfish chasing your lures on a clear day, and feel probably ten knocks and swipes from the fish before you manage to hook one.

Garfish are absolutely delicious and their green bones only add to the novelty of eating a fish with such an absurdly long fillet. The flesh is firm and perhaps even oilier than that of mackerel. The eggs of these fish are long and stringy and tangle themselves into the kelp.