Fishing in Fowey: A Locals Guide

These are my go to bass lures and kit recommendations for fishing in Fowey. If you buy through these links, I earn an affiliate commission from Amazon. Feel free to contact me at [email protected] for further advice. 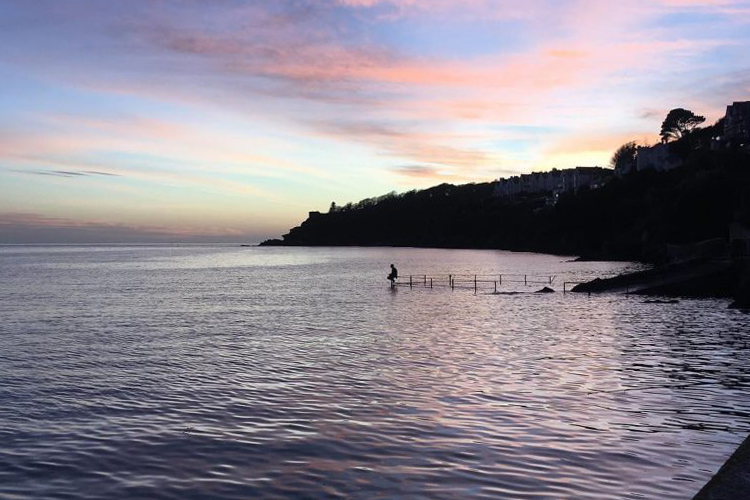 Fowey is buzzing with aquatic life all year round, with an abundance of species that suit anglers with a variety of approaches. Whether you’re sea fishing, rock fishing or fishing from the beach, fishing in the river or on a boat trip further out, you could be hooking into bass, squid, or a fat Plaice! 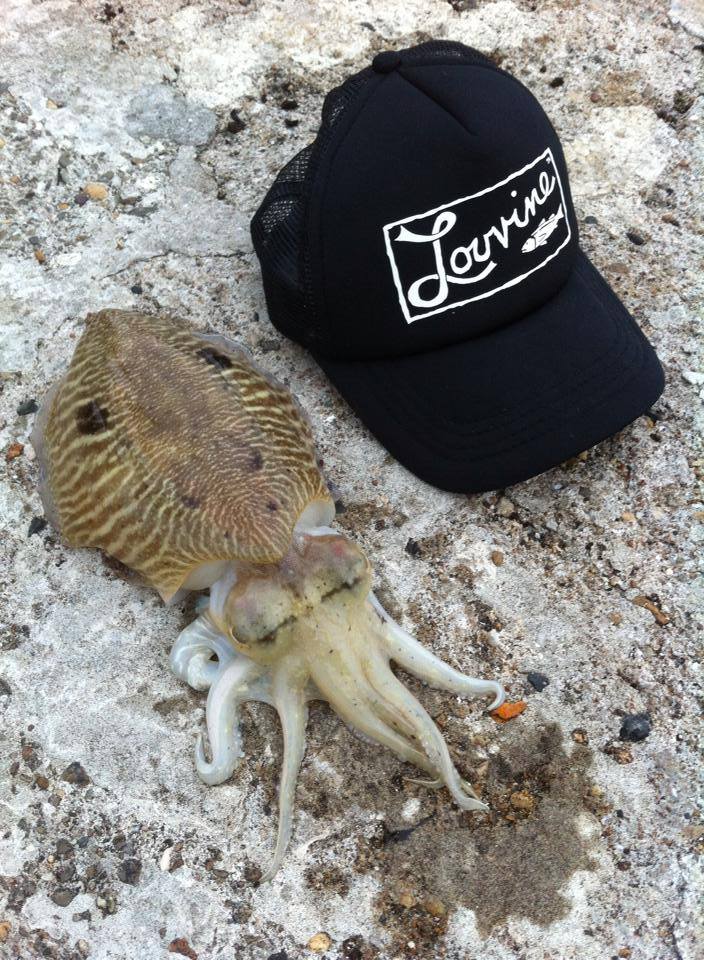 As you walk from Bodinnick car park through the town, the first fishing spot you’ll reach is a slipway with a good sized area of railings, which is pretty much exclusively used by fishermen, so is a great spot for those using beach casters and larger gear. If you’re after cod in winter, this is your spot. You’ll pick up a lot of dab, pollack and dog fish too, among more exciting species.

Past the slip way through the village, you reach a pontoon which you can also fish from, although again this is only possible with lighter tackle, otherwise you’ll annoy the boaters. Naturally being in a boating area it’s your job to get out of their way, rather than vice versa and with this attitude and light weight, mobile tackle, I have never been scolded for fishing anywhere in Fowey, not even during the Fowey festival. 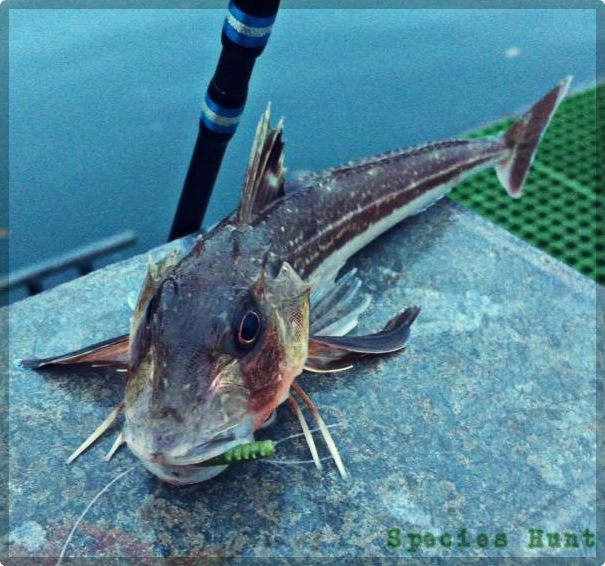 Further along, there’s the town quay. This area tends to have a healthy pollack population and also has flatties. You can also fish from the outer harbour wall which is visible from the town quay. It’s ‘prohibited’ and accessing it involves climbing around a gate with big, dangerous drops on both sides, so make up your own mind if this is a spot for you. Next to the outer harbour wall between mid and low tide there’s a giant square paddling pool with railings around it. Just beyond the railings is fairly shallow rocky ground which in autumn time is often an excellent pollack spot. You have room to set up a beach caster or use lures and floats.

There’s members-only fishing for the ECC angling club from the old clay loading pier. It’s famed among local anglers for its conger eels and is a living remnant of the Cornish clay industry. When I was younger I didn’t like falling out of sailboats anywhere near that place, because I’d seen pictures of what lurks around those pillars. The water in that area is very deep and almost opposite the old pier is the deepest part of the Fowey, which is a pit of similar depth to much of St Austell Bay itself. As for the congers, Fowey may have some role in their mysterious migratory lifestyle, but who knows what they are up to…

Rock and Beach Fishing from Readymoney 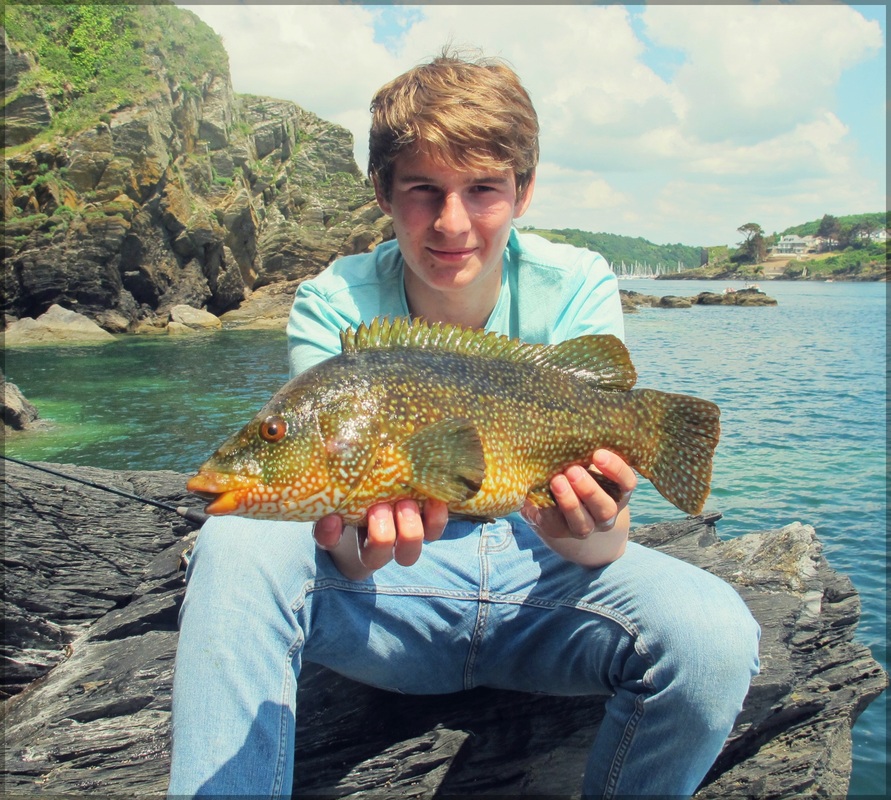 From Ready Money cove you can fish from the beach or clamber along the rocks on a low tide and fish over the rough ground there. This is a beautiful spot with nice rough ground buzzing with wrasse and other species. There are also several rocky spots within the estuary which get your line into the lively depths. If you explore the little alley ways you’ll find them. If you’re the type of angler that likes torpedoing 8oz weights to the horizon with a proud grunt, Ready Money beach is the place for you. Boost your chances by picking up a packet of Marukyu Isome if you can’t get to a tackle shop to buy the real thing.

Multiple rivers lead into the Fowey, including one that runs through the Lanhydrock estate which is open to members for targeting salmon and trout. You can target slob trout in Golant and no pass is needed. Slob trout are the brown trout that are too lazy to become sea trout and so stay in the estuary. Further up river at the right time of year there is a salmon run, but you need a strategy for timing and gaining access to the river and this is challenging. I’ve met one person that actively targets trout from Golant with success, but can’t claim to have replicated his results.

Upriver in Golant there’s a bass sanctuary. It’s a good chance for the nursery sized schooly bass to grow, feeding off the abundance of sand eels in the mud up there. Fowey can be a good bass spot, particularly at night time or dusk and dawn, though fishing too far up river for them might interfere with the breeding and they’re probably best left alone.

The species caught in Fowey seem to change more than in most other spots nearby. One summer there were huge numbers of tub and grey gurnard and flounder. Bream and cod also sometimes make appearances, as well as the rare salmon, shooting up the river or the slob trout that never quite makes it to sea…

However, the mainstay of Fowey is bass, mullet, flounder, dab, pollack, mackerel, dogfish, poor cod, pouting, herring, smelt and conger. To get a better idea visit the Fowey aquarium as they have locally caught fish in there, including the very same Gurnard in the picture on this page. The UK record Flounder was caught out of the estuary and you’ll know it if you hook into some of Fowey’s congers…

In summer, mackerel are an easy target from the pontoons. You could also consider taking the Fowey-Mevagissey ferry and fishing from the harbour there, which is more reliable mackerel fishing.

If you’re about to go boat fishing in Fowey, you’re in for such a treat. It’s a glorious coastline to fish, and you should pick up mackerel easily with a few feathers, and bass if you’re serious about targeting them and use lures like this from Amazon which have been proven out of Fowey again and again and make bass fishing simple and easy.

Some of the deep-sea boats target sharks successfully from Fowey. There are a few different boats available for hire in Fowey as well of course of numerous private vessels. If you’re after some casual fishing, just dangle a mackerel line attached to a hand line off the back of the boat. You can also go bass fishing out of the Fowey, and this can be excellent.

The severed head of the last King of Cornwall, Dungarth, was supposedly thrown into the river Fowey. According to the Irish, he was killed for conspiring with the Vikings. Over the last century, Fowey been becoming a progressively more up market holiday destination and it’s not very industrial today at all. Daphne Du Maurier lived nearby and Fowey and the surrounding area inspired much of her writing. For hundreds of years, people have been getting absolutely plastered in the pubs in Fowey and it has been an escape from the outside world for a long time. Across the estuary is the village of Polruan, an old footpath runs through the woods which used to be one of the most dangerous in the country and was frequented by bandits targeting merchants from the ships. Discover more maritime Cornish history here.

Find out about fishing in the nearby fishing village of Mevagissey or from other nearby beaches.